The potential for Moray to invigorate its economy and create scores of jobs and opportunities came closer today with a visit by the Secretary of State for Scotland. See video here:

David Mundell, Secretary of State for Scotland, was invited by Moray MP Douglas Ross to hear the details behind the £200million Moray Growth Deal bid.

Industry chiefs, council leaders and senior Moray Council and Highland and Islands Enterprise officials spent over an hour setting out the plans and details of the ambitious bid for government funding.

Held at Gordon and MacPhail’s Elgin HQ, the meeting provided the Secretary of State with proposals to bring a new gas pipeline through the area to service residents and help industry to locate and grow.

Another project – there are 13 in total – focused on a business-enhancing technology hub which would provide support for industry to improve productivity, introduce new technology to production processes and increase employment opportunities.

Speaking after the meeting, Rhona Gunn, Corporate Director for economic development, planning and infrastructure, Moray Council, said it was important to have a face-to-face briefing.

“We were delighted to welcome the Secretary of State for Scotland to Moray to hear about our vision for Moray through the Growth Deal we’ve put together,” she said.

"I'm sure that he left with a positive impression of our bid, and of the support it has from partners across agencies and the private sector."

A decision on the UK’s support for the bid is expected before the end of the year. The Scottish Government, which provides a share of the funding, has indicated that as a matter of policy it is supportive of all such growth bids. Once a decision is announced there follows what can be up to a year of negotiations as to the detail of each project before the money is made available.

Douglas Ross, Moray MP, who continues to campaign for the Moray Growth Deal, added: “I’m delighted that the Secretary of State was able to come to Moray and hear directly from local businesses and community leaders about the importance of the Moray Growth Deal. I have raised this in the House of Commons and in meetings with Ministers already, but having David in the area is important as we make another push for the vital government support for the Growth Deal.

“There has been a lot of effort locally to produce an ambitious growth deal bid and it’s excellent to see industry leaders so supportive of the objectives within it. The Moray Growth Deal has the opportunity to deliver across Moray and provide a new dawn for our area. Clearly UK Government support is vital, and the importance of the deal was stressed to the Secretary of State at every point on his visit. I’m hopeful, following this visit, that we can take a major step forward in securing support of both the UK and Scottish Governments.”

Five business leaders – Sandy Adam of Springfield Homes; Alan James of AJ Engineering; Chris Gaffney of Johnstons of Elgin; Ewen Mackintosh of Gordon and MacPhail, and Katherine Mackintosh of Robertson Group, each gave a presentation on what the impact of the Growth Deal would mean to their businesses and ability to create more jobs.

Michael Urquhart, Chair of the Business Assembly being established to provide strategic guidance on the Moray Growth Deal, introduced the session and provided an overview of all the projects to the Secretary of State for Scotland.

He said: “Today was a significant milestone in our bid to secure a Growth Deal for Moray.

“I was proud to see some of our prominent business leaders uniting behind our vision for Moray. Our culture of tradition and heritage inspires us to continually evolve and innovate, and the ambition of the Moray Growth Deal will create a new chapter in our history. I am confident it will create a legacy that will make us proud and inspire others to discover what makes Moray special.”

click this link for information on the Moray Growth Deal: My Moray

The Moray Growth Deal is a long-term plan centred around specific projects designed to transform the economy, address concerns around encouraging young people to live and work in the area and address gender inequality in employment.

It brings together Scottish and UK Governments, Moray Council, partners from across the public and third sectors and private businesses. Each of these partners will be investing in a better future for Moray.

By boosting economic growth across the region through the Moray Growth Deal, it is hoped that by 2030 Moray will be renowned as an ambitious community, a thriving and attractive business base, and a desirable place to live with an exceptional quality of life. 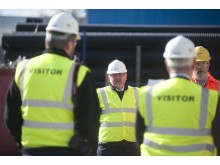 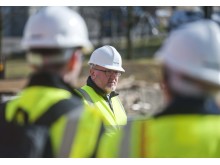 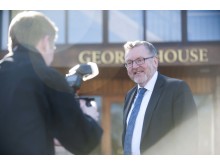 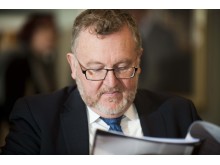 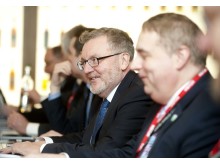 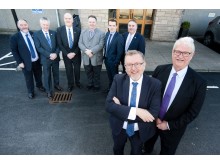