Moray's Director for Education and Social Care is leaving to take up a similar role for Aberdeenshire Council.

After a rigorous recruitment and selection process, and it has been confirmed that Laurence Findlay has been named as its new Director of Education and Children's Services.

Laurence is currently seconded to the Northern Alliance, however his substantive role is as Corporate Director for Education and Social Care with Moray Council, a role he has held since 2014. Before that he was in leadership and teaching roles within the authority, in Aberdeenshire and started his career in Edinburgh. His background is as a teacher of Modern Languages.

Detail will be worked up in the coming weeks, regarding the next steps and the timing of the transition. Moray Council's Head of Lifelong Learning, Culture and Sport, Graham Jarvis, was recently appointed as acting Director for Education and Social Care during Laurence's secondment, and will continue in this role meantime.

Aberdeenshire Council Leader, Jim Gifford, said: "I am pleased with the outcome of the interviews and I am confident that this appointment is an exciting opportunity. This role is fundamental to Aberdeenshire Council delivering strategic ambitions within Education and Children's Services, and will be a core part of the Strategic Leadership Team, working closely with members and officers alike."

Speaking after it was confirmed, Laurence said: "As an Aberdeenshire native, I am delighted to be coming home to take on this pivotal role at a time of change and great opportunity within Education and Children's Services.

"I've thoroughly enjoyed my 14 years with Moray Council and the incredible colleagues I've been privileged to work with." 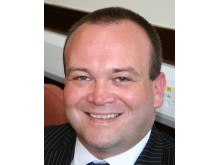