A hard-hitting film and presentation by road accident survivors will be shown to thousands of North-east students next week.

Would-be teenage drivers and passengers will see graphic scenes of car accidents and their aftermath, following the drama from rescue, emergency hospital treatment and police investigations.

Relatives and victims of road accidents that have occurred in the area will also give presentations on how their lives have been affected.

One of those live on stage reliving their experience of a crash is ex-Moray footballer, Chris Tucker.

Chris and five team-mates were in two Vauxhall Corsas coming back from an U21 match in Dingwall when the car he was a passenger in crashed on the A96 in 2012.

As a result of his injuries he had to learn how to walk and talk again. The 27-year-old said: “The crash ended my career as a footballer, which was hard to take but it’s been something that I’ve had to deal with.

“My family went through so much. You just don’t realise how bad it was for them.”

Chris was left in a critical condition following the crash with broken legs, hips and pelvis. His lungs and diaphragm also collapsed, he had to have his spleen removed and suffered severe head injuries. Even today he has difficulty with memory and speech.

Held at Aberdeen’s Beach Ballroom and attended by thousands of young people from across Aberdeenshire, Aberdeen City and Moray, the first showing is on Monday November 19.

The event is designed to bring home to young adults some of the physical and emotional scars which can result from a road traffic collision. Many road accidents involving young drivers and passengers are a result of high spirits and a moment’s inattention.

Although aimed primarily at school pupils around driving age, a free showing is open to the public at 7.15 pm on November 21st. Due to the graphic content, the minimum age for viewing is 13, with parent or guardian present.

Organisers praised main sponsors Schlumberger and Nexen for their generous support of the event. Other sponsors are Suncor, Peter Vardy and Titan Torque.

Schlumberger are providing a ‘seat belt convincer’ simulator at the public event (Nov 21) for everyone to experience the difference a seatbelt makes. There will also be Virtual Reality headsets available from Scotland Fire and Rescue Service.

they are taking on when they get behind the wheel. This does not just affect their own safety but vitally the safety and wellbeing of their passengers and other drivers.

“The number of fatalities, including young people, on our roads has reduced throughout the years. However there is much work to be done to ensure that drivers safely return home”. 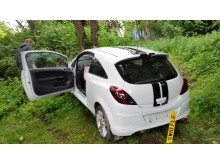 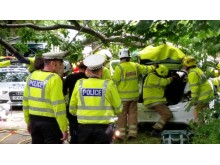 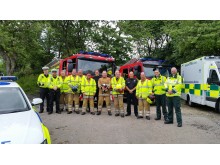 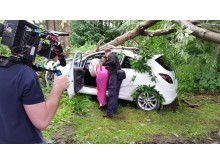