Boat owners will be paying more for their berthing at Moray’s harbours from next April, the first significant increase since 2008.

Councillors sitting on the Economic Development and Infrastructure committee agreed to raise the charges to cover increasing maintenance costs of the council’s six harbours. Boat owners will now pay £60 a metre for a pontoon berth, up from £40. In addition the 25% discount for over 60s is scrapped.

Charges for berths against the harbour walls have increased from £40 a metre to £50. In total these increases will raise an extra £33,831 a year, bringing harbour income from berths to £103,430 a year.

The increases follow a wide-ranging consultation with boatowners and harbour users.

In approving the charges, the council committed to a programme of installing power and water facilities where practicable at the four leisure harbours of Hopeman, Findochty, Cullen and Portknockie. Once installed there would be a further increase for pontoon berths of £80 a metre. By the same token harbour wall and quayside berths would reduce.

Other charges for commercial vessels and activities have been raised to bring Burghead and Buckie harbours in line with current market fees.

Speaking after the meeting, chair of the committee, Cllr John Cowe, said that it was a reasonable increase given the cost of maintaining harbours.

“Given that we last raised the fees by more than inflation in 2008, it’s perfectly reasonable to implement an increase now. In these straitened times the council cannot subsidise what is now largely a leisure activity exclusively for a few.

“The harbours are expensive to run - we have an annual deficit of £135k on our harbours meaning that we spend that much more than we earn from fees at present. This is clearly unsustainable. As a council we have to focus our reducing budget on providing front line services to all our residents.”

Councillors opted for option 2 on page 4 of the report, along with the raft of commercial fees shown elsewhere in the document. 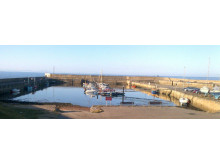