The final touches to the 1,000 pupil school, which has a 3G pitch, gymnasium and high-tech facilities to enable distance learning, had been completed as recently as last week.

Mr Swinney was given a tour of the school by head teacher, Hugh McCulloch, pupils and senior councillors.

The £30million school was open to pupils a year ago while the former high school was being demolished. This made way for a recently completed 3G all-weather pitch; associated works on landscaping and the car park were finished just two weeks ago.

Head teacher, Hugh McCulloch, and two senior pupils took the Deputy First Minister on a 2-hour tour of the school, including the sports centre where he attempted to ‘shoot some hoops’ in the basketball court with pupils that were practising there.

Mr Swinney unveiled the plaque in front of an invited audience of senior councillors, staff, pupils and representatives from the construction teams. He said: “I would like to thank Moray Council for inviting me to officially open the new Elgin High School which was constructed as part of the Scottish Government’s £1.8 billion Schools for the Future programme.

“I wish the new school, and everybody in it, all the very best for the future.”

Speaking to the Press and Journal, he added: “The structure of the school creates a central area which has a unifying effect, enabling connections to be made through different parts of the curriculum.

“That kind of thinking encourages the teaching profession to look outside the boundaries of their own classroom at connections elsewhere.”

Hugh McCulloch said afterwards it was a delight to have the school formally opened by the Minister.

“Mr Swinney was interested in every aspect of the school, in particular how it involved the local community in so many aspects and use of facilities,” he said.

“He spent a long time in conversation with staff and pupils. I think he was very impressed with the environment our young people can learn in, and I was similarly impressed with our senior pupils who showed our VIP visitors around the school.” 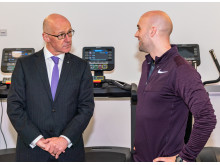 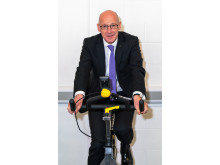 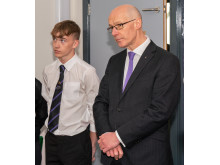 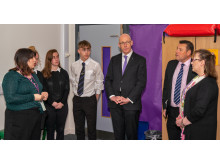 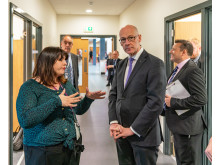 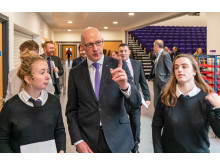 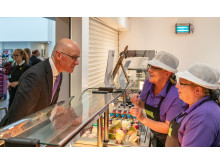 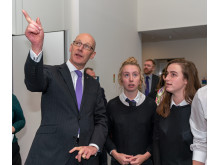 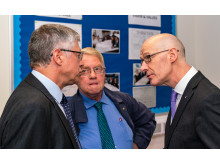 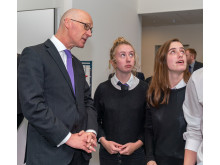 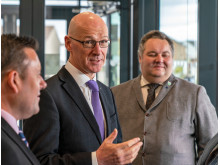 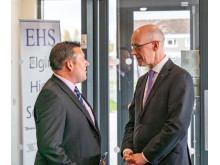