Buckie harbour is to get an economic boost with the announcement this week of the £2.6billion Beatrice offshore windfarm development.

The harbour has been chosen by Scottish and Southern Energy as a contingency base for the project’s operation and maintenance work, and for the marine control co-ordination base.

Confirmation of the harbour’s role will bring major benefits to the area in the lease of berths and the development of buildings for the use of vehicles, equipment and personnel. It is hoped that there will also be opportunities for local contractors and services with the increased business expected through the harbour.

Scottish and Southern Energy announced this week that Wick will be the main operations and maintenance location for the Beatrice offshore windfarm project, but in the event of poor weather, emergencies or additional harbour capacity Buckie will be used as a contingency for the operation. Infrastructure will be required to be in place to accommodate this, in addition to the expected ancillary support services required for the project.

The project, due to start construction in spring 2017, is expected to take over the office spaces and bays within the former fishmarket building, and there are plans to use the adjacent quayside in support for marine activity. The new role will fit alongside the existing use of the harbour.

In welcoming the news Cllr John Cowe, Chairman of the Moray Economic Partnership and Chair of the Economic Development and Infrastructure Services Committee on Moray Council said: “This is great news for the area. As well as bringing in direct revenue in the lease of buildings and berths, this will also create a use for the buildings and hopefully support to the local area in indirect jobs in accommodation and contractors. It will also demonstrate to the shipping community what a valuable asset Buckie harbour is.” 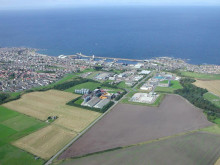 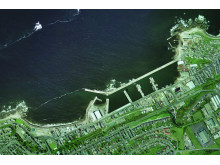