The first phase of an industrial development in Buckie to exploit the growing offshore wind energy market has been completed.

The £1.7million development at Rathven Industrial Estate is designed to support new and existing businesses in East Moray as well as the regeneration of Buckie harbour and the servicing of the planned offshore windfarms in the Moray Firth.

The first phase required the construction of roads and service infrastructure to service the 27 acres of commercial sites for sale and lease, and the building of the first industrial unit. A further 22 acres, acquired as part of the overall site, is earmarked for more industrial space in the future.

Contractors were the Chap Group, who started on site in October 2017 and will complete the contract on budget this week.

Chair of Moray Council’s Economic Development and Infrastructure committee, Cllr John Cowe, said “Buckie needs to be ready to take advantage of the industry that will be coming out of the Moray Firth”.

“Buckie harbour is ideally placed to service the needs of the wind farm projects in the Firth, both during construction and during the life of the turbines,” he said.

“When the windfarm projects were confirmed, Moray Council agreed that investment was needed to ensure Buckie was best placed to maximise the benefits in terms of jobs and prosperity.

“We are taking a long-term view, which is what councils have to do, to ensure the future prosperity of the area. I’m delighted to see this development take shape.”

The council has planning approval for a warehouse on the site and has already got three acres under offer, with three other parties interested in taking more sites there.

Cllr Tim Eagle, said the site has excellent access to the A98 and to the harbour.

“It’s great to see further economic development in Buckie, and to know that companies are keen to set up shop here”

Cllr Gordon Cowie added: “This is yet more investment in Buckie that will help grow the local economy. The harbour is getting busier all the time, and development like this is going to be needed to service that.”

Interested developers or potential occupiers needing space for industrial, storage or other commercial uses should contact the council on (01343) 563296, or alexander.burrell@moray.gov.uk 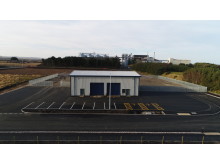 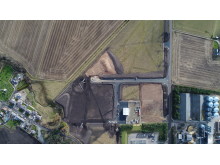 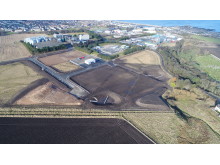